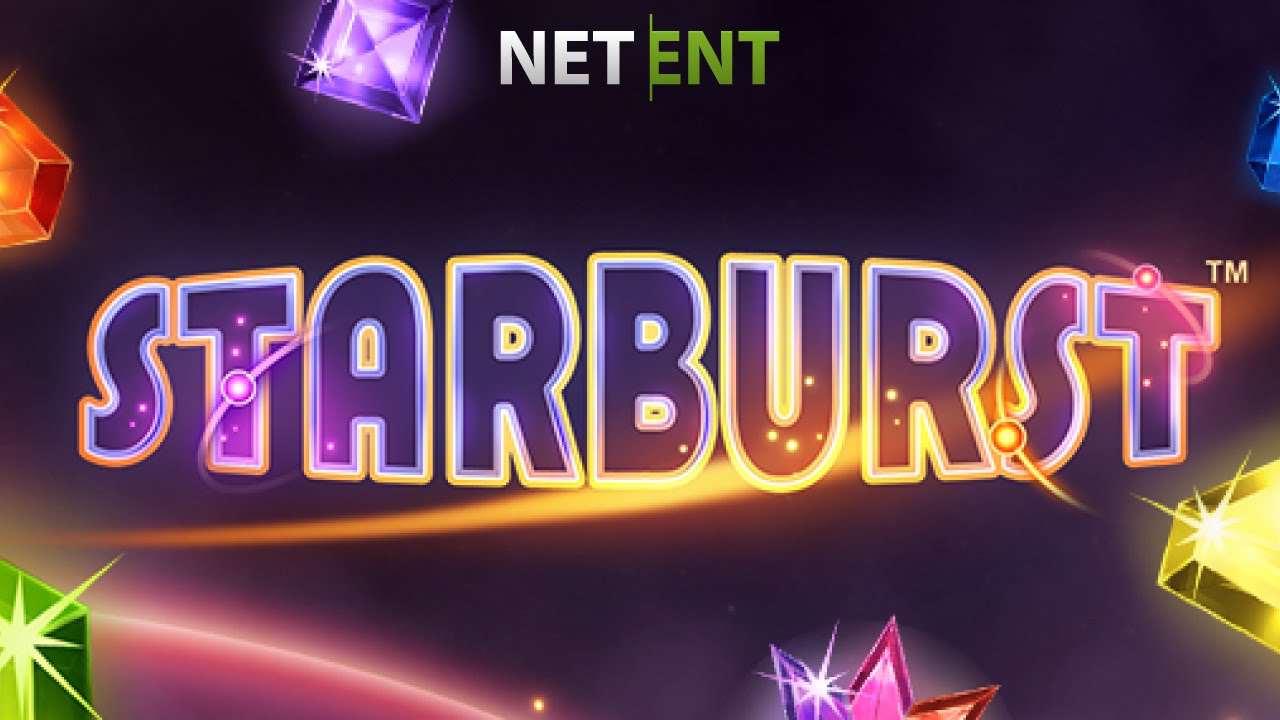 Starburst is a popular slot of the Swedish manufacturer NetEnt with a space theme. The RTP of which is more than 96% and the function of re-rotation every time the replacement symbol appears.

The game is made in classical style, as evidenced by the symbols BAR, seven, and gems. Only in contrast to the classic slots, Starburst has a replacement symbol, the appearance of which triggers the re-spin function. By making one bet, you will get up to 3 re-spins for free. There are no other additions to the game, which is more of a plus because you don’t have to deal with it for a long time. Just one exciting modification will allow you to get delicious winnings throughout the game session. The space design and the appropriate melody in the background will make you feel the full force of space and its infinite beauty.

This slot has become very popular. Starburst combines everything that is so appreciated by the gaming community: good payouts, simple and straightforward gameplay, pleasant design.

Go to virtual space – get real winnings in Starburst from NetEnt!

Let’s begin with the fact that there is a fascinating space landscape with animation in the background of the playing field, which perfectly complements the music. The transparent playing field will allow you to enjoy a magnificent view of the open space. The main color of the game is purple, which fits perfectly into the theme. Symbols on the reels deserve separate praise. Their large size, rich colors, and shine, as well as the animation at the moment of combination – all this makes Starburst a game you can enjoy.

To rotate the reels, use the round button in the middle. Press it twice to make the symbols rotate faster. Nearby you can see the functions “Automatic game” and “Maximum bet.” Use the first one to make the game automatic, choosing the number of rounds and many additional parameters. Use the second one to set the maximum bet: it is possible from €0.10 to €100.

Click on an exclamation mark to open the Payout Table section. Below you can see a wrench by clicking on which you can make settings: accelerated rotations, space key spin, screen saver when you turn on. Activate accelerated spins so that the symbols on the reel rotate quickly.

Symbols and winnings of Starburst

The playing field has standard five reels and three rows. Lines are provided by 10, and you can see their location on the left or right of the game board by moving the cursor on 1, 2, 3, etc. It is also possible to familiarize myself with an arrangement of pay lines in the section “Payout table.” The special symbol of the game is the replacing one represented as a colorful star. This symbol starts the second rotation, but we will talk about it later. Other symbols will give you winnings for combinations that have included three symbols on the playing line.

We have just listed the symbols from the most paid to the least paid. The most valuable symbol is BAR. In the second place, it is 7. The third place is for the yellow gemstone.

Features of the Starburst slot

The only addition to the game is repeated spins, for which the colorful replacement symbol is responsible. When this symbol appears on the field of play, it will replace the entire reel, all three symbols, and then the spin will be repeated.

After the second game spin, another replacement symbol may appear, and then you will get another free spin after it may be another one. The maximum number of rotations that can be repeated is 3. Replacement symbols may appear on reels 2, 3, and 4. This modification of NetEnt is a guarantee of quality payments. Try it yourself to understand how it works in the game!

Starburst – space game of the famous studio NetEnt, in which you are guaranteed with the RTP of 96.09%, the classic symbols, beautiful graphics, an exciting addition in the form of re-spins with a large number of replacement symbols, Scatters. All this confirms why online casinos often offer a bonus on free spins in Starburst. This is the slot that everyone will love!